Playing with our food 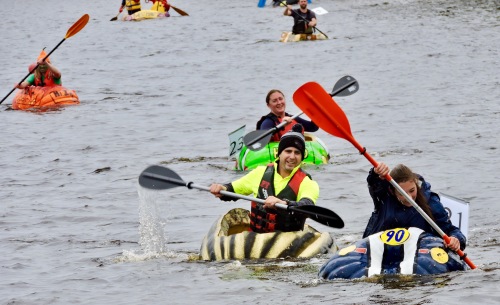 Valley people have made food competitive. We grow giant pumpkins – over 1,000 lbs. – then hollow them out, decorate them and race them across a man-made lake in Windsor. (Allan Lynch Photo)

I live in Nova Scotia’s Annapolis Valley and here people play with their food. And they welcome others to join them.

Summer vacation may be over, but in the Annapolis Valley the fun ramps up in October. After several seasons of planting, tending to and harvesting crops and flocks, residents are ready to play. It’s only natural that the so-called “breadbasket of Nova Scotia” and most agriculturally diverse part of Canada would play with and celebrate food. 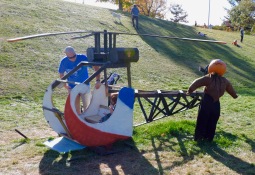 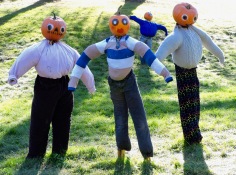 During October, Kentville’s population jumps up with the arrival of the Pumpkin People. Lawns, parks and fields fill with Pumpkin People and their cousins the Gourds. From October 6thto 29th 300 Pumpkin People hang out in town. This year’s Pumpkin People reunion has an On the Go theme, so their wardrobes, accessories and vignettes will celebrate transportation. http://kentville.ca/events/kentville-pumpkin-people-festival-2018/ 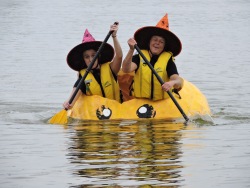 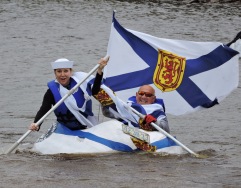 One of the Valley’s signature, truly world-class events is the Giant Pumpkin Regatta in Windsor. The world’s craze for competitive giant pumpkin growing was the dream of local farmer Howard Dill. He developed the Atlantic Giant seed which has sold around the world and fueled this international phenomena.

This year’s event is on Sunday, October 14. At 11 am there are 6 & 12k canoe and kayaking sprints on Lake Pisiquid.  At noon the Parade of Paddlers leaves the Exhibition Grounds for downtown Windsor and then the start location on the Falmouth side of Lake Pisiquid. The parade consists of paddlers and their PVCs (Personal vegetable crafts). The regatta starts at 2 pm. This year there is a class for motorized and experimental pumpkins. All day there are miniature train rides and vendors set up. https://worldsbiggestpumpkins.com/Regatta%20Schedule.htm 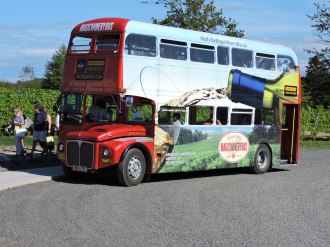 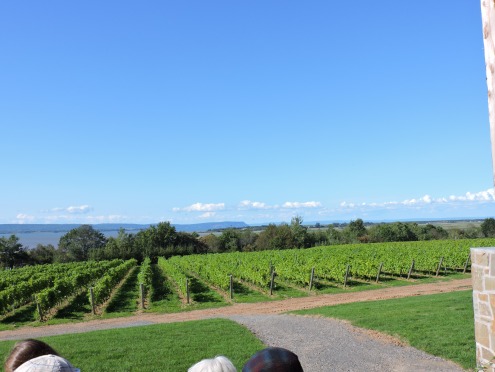 October 14this also the last day of the 2018 season for the Magic Winery Bus which provides a double-decker London bus as your designated driver, offering a hop-on, hop-off service, to five of the wineries in the Wolfville – Grand Pre area. https://magicwinerybus.ca 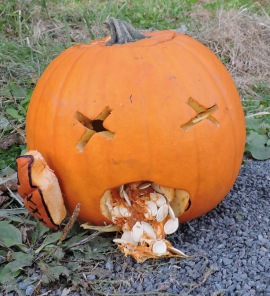 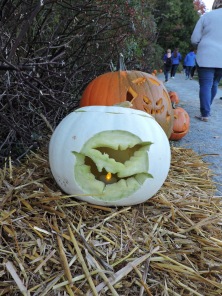 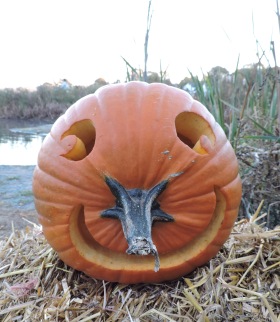 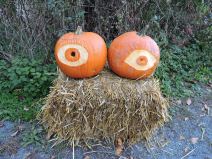 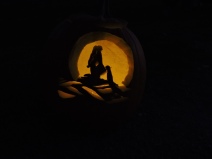 October 17 is the Miner’s Marsh Pumpkin Walk. Miner’s Marsh. Students at the Nova Scotia Community College tourism class carve over 300 pumpkins which are lit and line a 1k walk in this Ducks Unlimited wetlands in downtown Kentville between 6:30-8:30 pm. Admission is by food bank donation. Rain date Oct. 18th. Service dogs only. http://kentville.ca/events/miners-marsh-pumpkin-walk/ 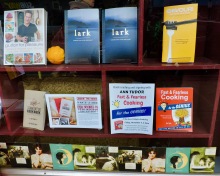 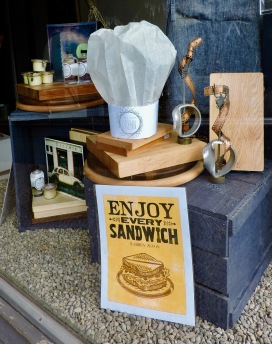 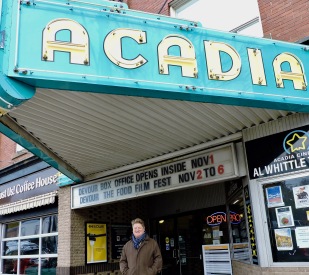 Chef Michael Howell is one of the driving visionaries behind DEVOUR the food film festival.

Culinary students from the Nova Scotia Community College finish plating desserts for a DEVOUR banquet after hours at the Wolfville Farmers’ Market.

The guys from Sober Island Oysters shuck oysters in the theatre lobby during DEVOUR.

These are followed by the world’s tastiest event: DEVOUR, The Food Film Fest. DEVOUR is ground zero for the marriage and many manifestations of art and food. It’s been said that food is first visually consumed, then tasted. DEVOUR puts food on the big screen, then develops special meals based on the film themes. One year, after a documentary on oysters, instead of popcorn and soda, oysters and vodka were served in the theatre lobby.

The six-day festival (Oct. 23-28) comprises films, documentaries, seminars, workshops, special meals, galas, receptions and other food-based events like the Bubbles Bus, Street Food Party (from a cluster of food trucks), Mayors’ Bike Ride with refreshment stops, and an Everything Apple Express. Events are held in Wolfville, Kentville and Starr’s Point.

DEVOUR is an event that the late Anthony Bourdain attended. https://devourfest.com 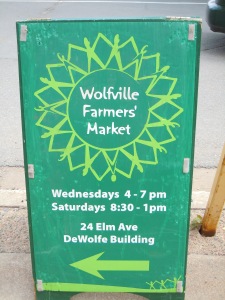 In addition to the scheduled events, the Valley offers a variety of other food-related experiences. There’s a weekly Saturday Farmers’ Market in Wolfville (with a diverse range of on-site edibles). Throughout the Valley are pop-up roadside farm markets, with shelves stocked with just-picked, just-pulled from the ground produce as well as home-baked pies, bread, squares and preserves. Many are on an hour-system, so bring cash. In small denominations.

Outside Wolfville you’ll find a corn maze and kids playground at Noggins’ Farm, a Pumpkin Maze at Stirlings and fresh cider at Elderkin’s. And from Windsor to Annapolis Royal there are any number of community breakfasts, lunches and dinners based on old recipes and local ingredients. They are real home cooking. Check out Valleyevents.ca.

The Valley in fall offers the addition beauty of fall colours with great light for photographers and painters, great tastes and fun things for friends and family to do. It makes playing with your food acceptable.

This entry was posted in Uncategorized. Bookmark the permalink.